Skip to content
To all the gaming/ comic book/ sci-fi/ fantasy/ cartoon/ graphic novel/ anime/ BRONY(!)/ conventions with corporate sponsors, ‘famous people’ appearances, press agencies, advertising campaigns and spending budgets well over the few pesos that these young people have- I say-
SUCK IT. The success of this little convention was that it happened at all: not the tally of thousands that passed through or how much money it made back. this event was like a fair at school, but the kids, for kids they were, had taken over an almost abandoned mall to, because they are brought up as humble Mexicans, respectfully run amok. There were attempts at costumes, but you could see that these kids were lucky to have a pink wig to don or a deck of cards to play and trade with.
They served bento lunches in a Tijuana sort of way and the music was alright, as I recall. (Except deafening. Thank the gods for ear plugs! Borrowed as they were. Ick.) 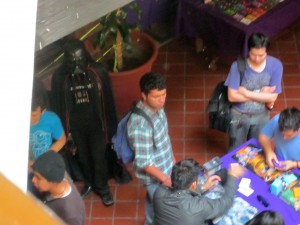 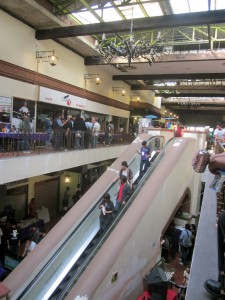 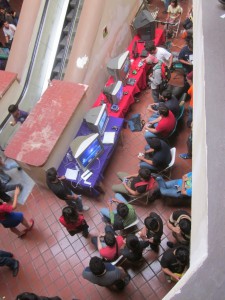 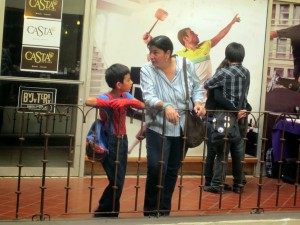 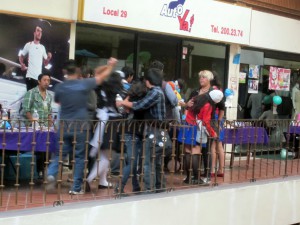 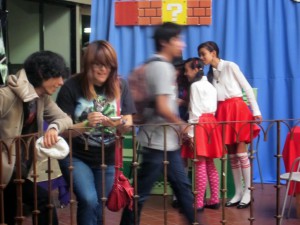 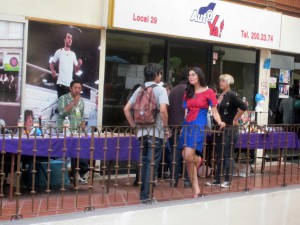 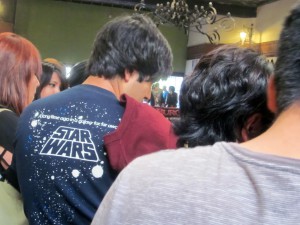 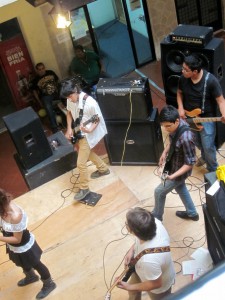