NEVER ever go to DysNey Land (or the separate you-have-to pay-even-more-to-get-in-but-it-is-right-next-door California Adventure Park.
Just don’t. Don’t do it ‘because you have kids.’ that is a crap excuse. Kids wouldn’t care.. if only you parents wouldn’t make a big deal about it… Tell your kids they can envision a better place in their imagination and then build it in the future. This place in Anaheim is Am’r’c’n HELL. And if our bright youths can develop an actual happiest place on earth not based on the current model of Capitalism then I hope this place is burned to the ground. Even if they don’t, I hope this place be destroyed. One team of ‘imagineers’ should not be given the power to dictate the dreams and happiness of other people (in the name of one man)- to which all the people agree and don’t even know why or how they could ever agree to it.  Catholics tried this. Nazis did this. Muslims are doing this. Remember?
Make your own happiness. Don’t get suckered.

This is not the happiest place on earth.
I saw very little there to smile about. I was certainly the most unhappy person in the whole park complex that Monday. And why?
If you have any dietary issues and a small budget YOU WILL STARVE.
You are not supposed to bring outside food items into the park. This is not happiness.
If you are an actual white person who would rather protect themselves from the sun YOU WILL BE STARED AT.
People out West are severely uneducated in refined manners. Snow White herself would be insulted. This is not happiness.
Every ride has at least an hour of waiting in line involved. NO RIDE IN DISNEYLAND IS WORTH THE WAITING.
You are herded in long, twisting lines everywhere and they have done their best (I guess) to keep you entertained while you stand there, but it doesn’t change the fact that this is no different than waiting at the DMV to renew paperwork. In the blinding hot SoCal sunshine. This is not happiness.
Everything they are pushing down your throat is not timeless- IT IS OUTDATED.
A Spoonful of sugar makes the medicine not go down- makes me vomit up the medicine because they are still using ultra-refined sugar which is a proven poison. This is not happiness.

This blog except was written a couple of years ago and it is still true:

—This is about Disneyland being the suckiest place on Earth.

You know, Disneyland claims itself to be the happiest place on Earth. So certainly there must exist people who actually enjoy their time there. I think I’ve figured out the necessary criteria to make Disneyland not suck: 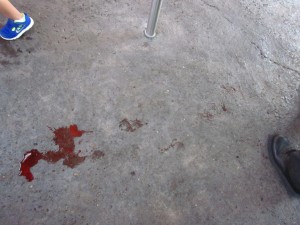 First, let me address each one and tell you why it doesn’t work for me. I’m not 9 or under, I don’t carry an entire bank vault with me at all times, I’m patient, but not Disney patient, and I don’t have any kind of predisposed fondness for turkey legs the size of an Xbox.
—The rides at Disneyland are not that great. —The fact of the matter is Disneyland is not attractive for the quality of the rides, it is attractive because of the Disney universe and the religious-like appeal that it inspires in children 9 and under. Which I am not. —

—I might be able to still enjoy Disneyland without rides if I had Fifty-Nine billion, Nine Hundred and Ninety-Nine million, Nine Hundred and Ninety-Nine thousand, Nine Hundred and Ninety-Nine dollars to spend. But I don’t so Disneyland sucks. Things are f*cking expensive. Take what you think would be a reasonable price for any kind of food, and double it. That’s what it costs at Disneyland, no exaggeration. A bottle of water is $3.50. There’s so much cool ice cream and food and snacks but it’s much more efficient to take your money and eat the dollar bills for sustenance. The food is not even that good, churros don’t come with chocolate sauce, turkey legs taste like bricks of superheated ham, and the pizza is pretty mediocre. Then what if you want to get your face painted, or buy a shirt, or mickey mouse ears, or buzz lightyear blasters, you need even more. 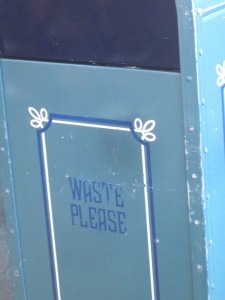 Now you’ll notice I mentioned churros, ice cream, turkey legs, and pizza. Yes, Disneyland is no place for those who actually enjoy heart-attack-free lives. I mean you have to feed yourself, so it’s not like you have much of a choice unless you’re a non-magical *sshole and brought your own food {which I didn’t think was even possible. Bags are checked at the gate- tm}. And of course I don’t exactly go to an amusement park expected some kind of nutritional standard of excellence. But still, I think a place that’s designed for kids could set a better of an example apart from immediate diabetes.

And of course, who could forget the lines. Yes, waiting in line. This is going to sound like every cynical grumpy parent with no soul, but it’s true. 99% of your time is spent walking or waiting in line, maybe 0.5% spend on deciding where to walk and wait in line and a final 0.5% on a ride. Yes there are fast passes, but you can only get one at a time and they have a cooldown period of a few hours. At best, you go there the entire day and maybe get 3 fast passes. The point is, you spend a lot of time waiting. You know how people say that the anticipation of something is often better than the actual thing? That’s not the case here. Not at all. Even the physical wear and tear on your feet is an issue. Then there’s the fact that you’re often waiting in the hot sun— 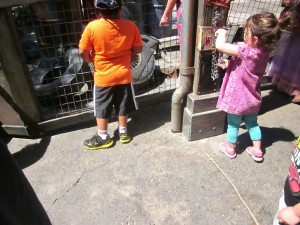 A part of your childhood becomes irrevocably tarnished once you realize the sick awful reality behind Disneyland: It’s just not worth it. Rides are not worth the wait, food/merchandise is not worth the money, the park is not worth shit. It’s just so much valuable time/money/effort you could’ve spent doing extremely fun things with your friends, carving out a purpose in life, dealing drugs to inner city children, stuff like that.— 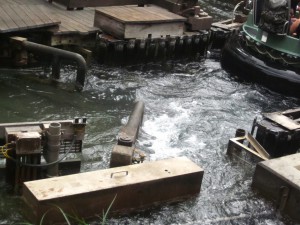 Yeah, I did go on Star Tours. Yeah, I did see Darth Vader trying to turn children to the dark side (It was a cheeeeeesy show). Yeah, I was reminded that the feeling of free falling is beyond incredible. Yeah, I did run around the park with a very happy and enthusiastic priest leading the way. Who got us into the Haunted Mansion twice. Unfortunately, my blessings were so small compared to the suffering I had to endure (starvation being the primary issue), I cannot fathom ever going back to that place again when I can find much better experiences elsewhere. Without the expense of a brand name attached to them.