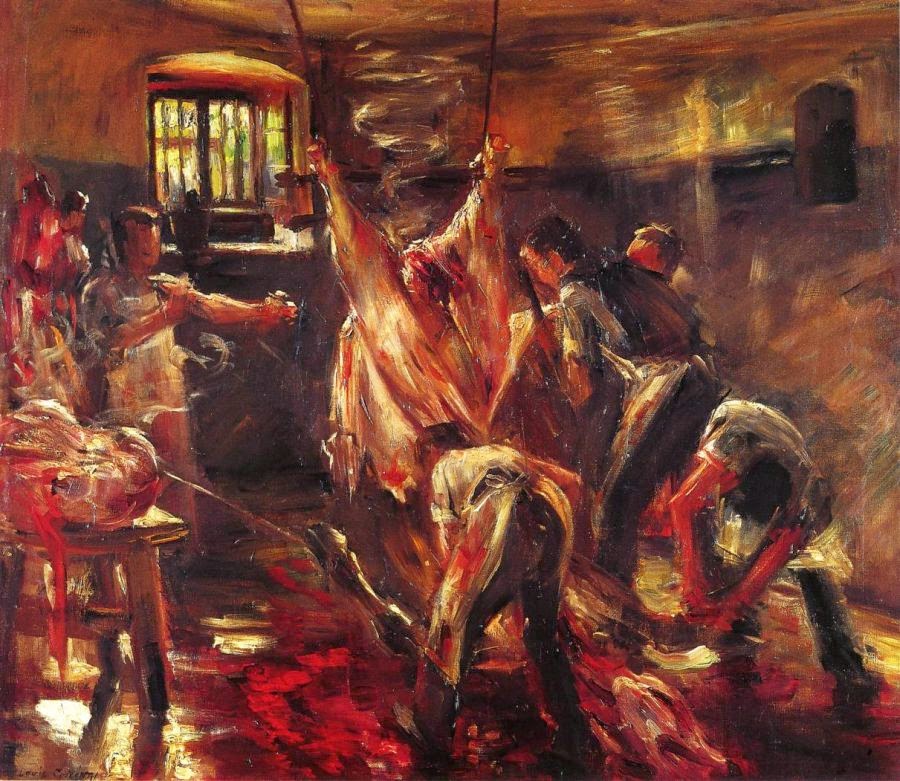 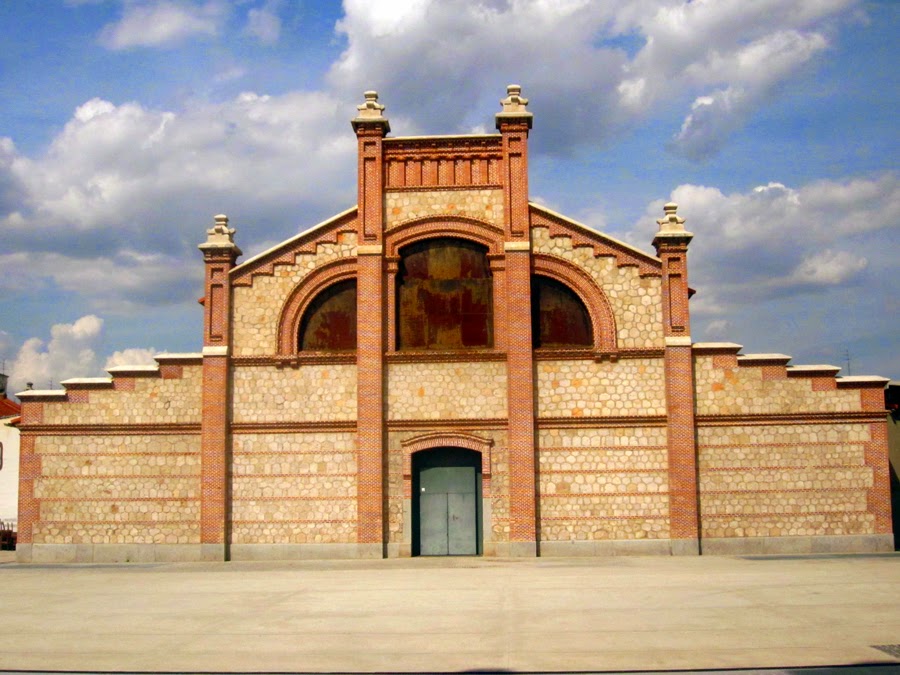 So if you go outside of Madrid proper, down some fancy named calles (streets), you will end up at the river. And at the place of slaughter and selling of flesh. El matadero.
It isn’t a very old place, by European standards, but it really resonated in a familiar way with me. I grew up in New England where similar architecture was built at about the same time: late 1800s-early 1900s. Webster was a factory town of textiles. Though textile printing is far from livestock processing, it felt kinda ‘homey’ in an exotic Spanish way. It was amazing in its simplicity and aesthetic and… the place was huge. It wasn’t just one building. That would be a slaughterhouse, singular. This was a complex! There were many buildings. Each with it’s own purpose. I could not believe the amount of space designated for the sole purpose the trade of flesh, dead and possibly otherwise. 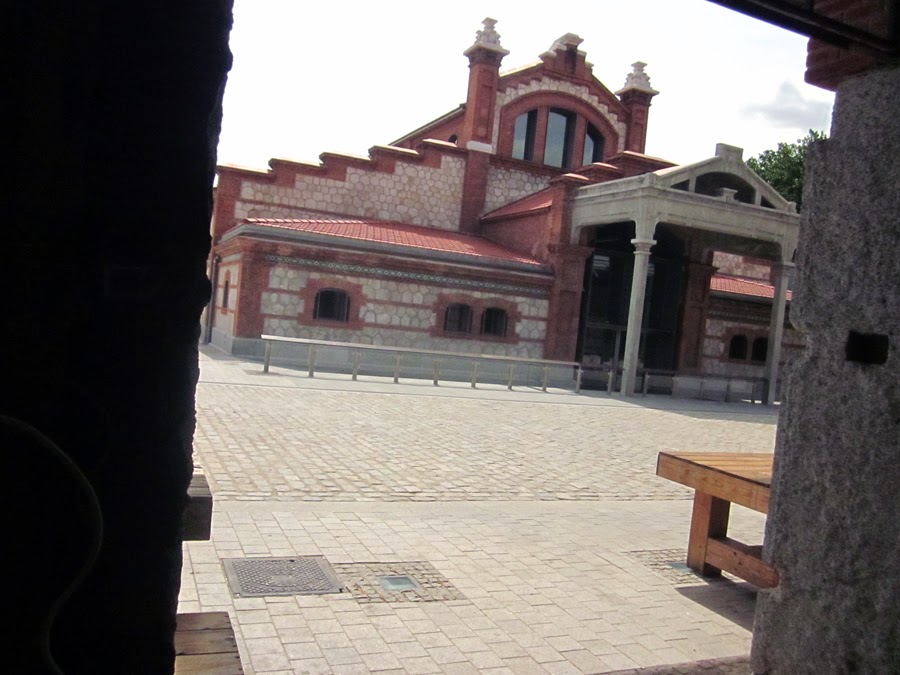 My time there was spent in the library quiet of a blisteringly hot day, trying to imagine the bloody process of dressing fresh kill. And what about the butchers? How fast could a professional team do a whole animal with sharpest cleavers going. Wondering what it would have been like with all the animals herding through. The smell of manure, offal and uncertainty- horror.
Smell is the one thing that none of the medias never prepare you for. They get you ready to kill anything or anyone, but then to smell it… Then you see the ‘big men‘ / really stupid boys humans puking like the milksops they really are. Making more stinking things on the inside come out.

My thoughts rambled around a while more…

I watched a child run about the old slaughterhouse with such delight that his parents could stop grinning after him. So much death happened here but this boy will have a subconscious sense of happy when he thinks slaughterhouse.

We all share the killer pathology. We like to return to the place where ‘the deed was done.’ We all get some kind of rush out of it. A rush of reflection, or sorrow, or indifference, or boredom- even those too. 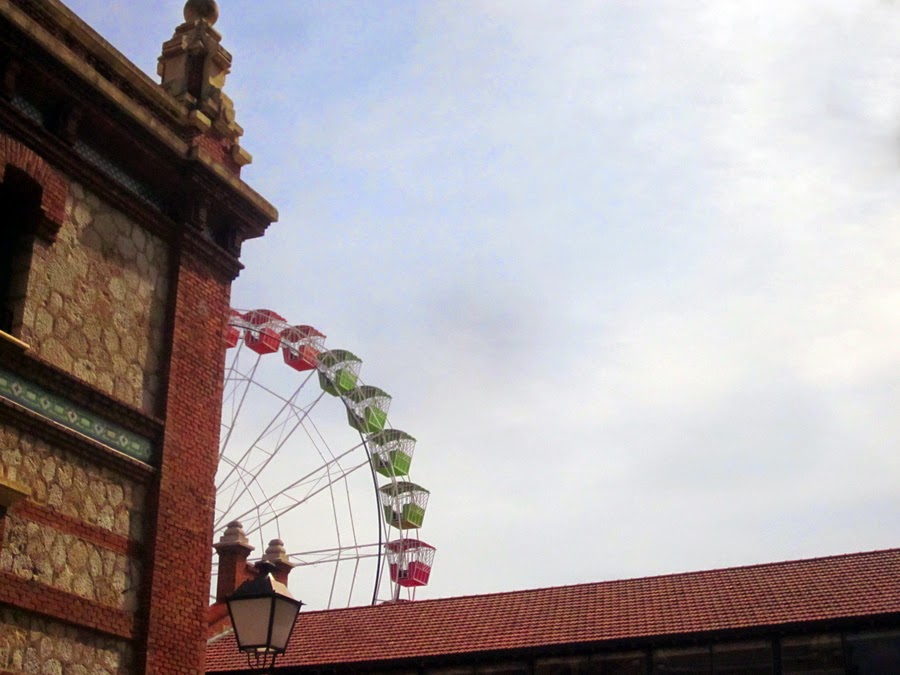 According to our oldest human thinking, places are made sacred by the shedding of blood. The religion does not matter. It is the that life matters. We started by killing animals and when we really needed to make a statement human blood was let.
Let… like rented out to the gods?

We stroll like odd gnats and flies feigning cultural appreciation, when we are just like any other animal with the scent of lunch in our noses.

All of Madrid hangs with cured pig legs.
Everywhere is the slaughterhouse. I partake though I do not eat.